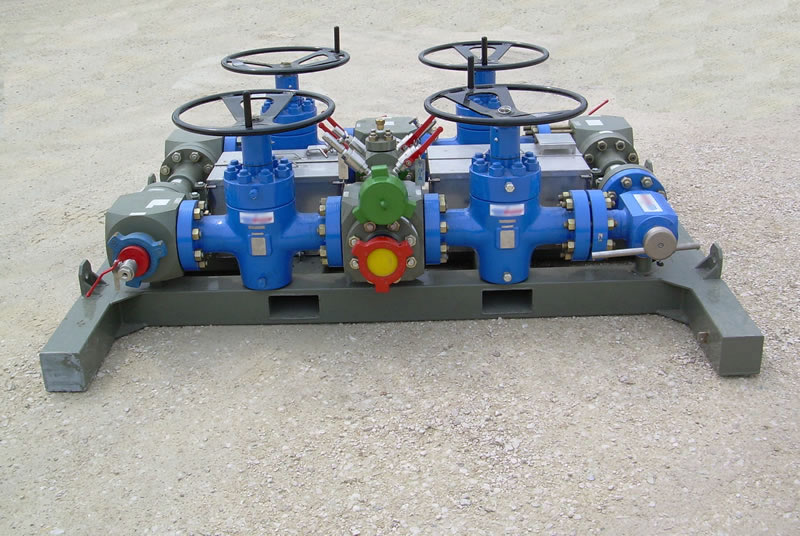 The equipment consists of four Gate valve blocks and is used to control the flow rate of the effluent of the well through duses fixed with calibrated holes or variable duses, with which the pressure jump between and surface and bottom of well is forced.

To this end, the choke manifold used are divided into two types to choose from depending on the case:

The materials used for the construction of the equipment are certified ATEX, PED and H2S service.

On request it is possible to easily replace the choke with a variable duse holder for fixed duses, as well as the possibility to create a bypass valve by inserting a central connection between input and output choke.

In support of the choke manifold there is a “data header” used for the detection of pressure and temperature choke, with the possibility to perform other operations, such as chemical injection.

Any cookies that may not be particularly necessary for the website to function and is used specifically to collect user personal data via analytics, ads, other embedded contents are termed as non-necessary cookies. It is mandatory to procure user consent prior to running these cookies on your website.